Hans and Lea Grundig are active in the Communist Party (KPD), which is also reflected in their proletarian revolutionary art. From 1933 onwards they are both persecuted and repeatedly arrested. In 1934 Hans Grundig was banned from working by the National Socialists. Nevertheless Grundig continues to paint, some of his paintings are confiscated and shown in the Nazi propaganda exhibition "Degenerate Art".

In 1940 Hans Grundig was interned in the Sachsenhausen concentration camp, where he was assigned to forced labour in various work detachments. In September 1944, he enlisted in a so-called special unit, and three months later he defected to the Red Army.

After the end of the war Grundig had many exhibitions, and from 1946 he was professor and rector of the Dresden Academy of Fine Arts. He is regarded as one of the most important representatives of 20th century realist German art.

The exhibition shows 60 etchings and sketches by Hans and Lea Grundig from the years 1933 to 1938. During this period, Hans Grundig took a stand on political events in Germany in fantastic alienation, often also in animal analogies.

The exhibition can be seen until 15 June 2022 in the Neues Museum of the Sachsenhausen Memorial. The opening event will take place on 14 April 2022 at 6 pm. Please send registrations to straetz@stiftung-bg.de 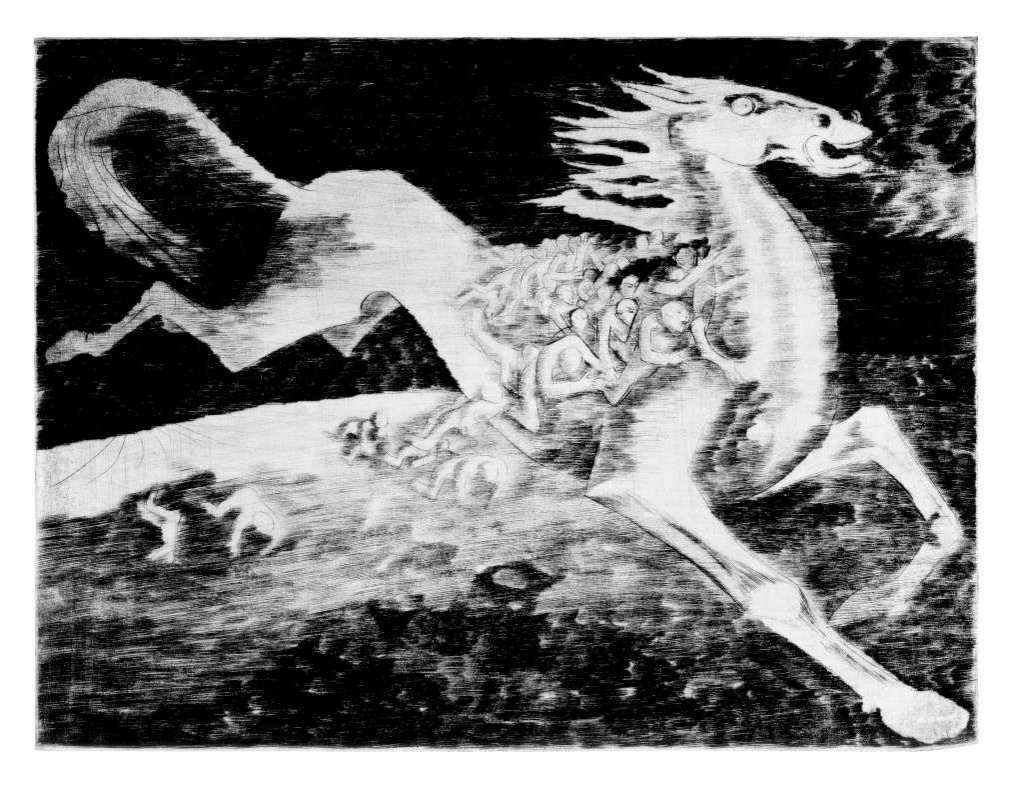